Skip to content
January 17, 2018 mckell11
Our topic for our February 1st East Valley DNA Interest Group at 7:15 pm (Intermediate) will be how to do GEDmatch triangulation. Location is the Mesa FamilySearch auditorium at 464 E. 1st Avenue, Mesa, Arizona. As always, the Beginner’s DNA Interest Group will meet at 6:30 pm in the same room. All are welcome to come for one or both groups. 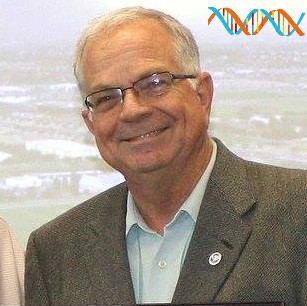 Ken Waters has been the Warning Coordination Meteorologist for the National Weather Service in Phoenix, Arizona for the past 10 years.  He has been a meteorologist for 38 years including a career in the U.S. Air Force.  His BA from Whittier College was in Biology which included Genetics and Heredity.  He also holds an MS in Meteorology from Florida State University.  Ken is active in amateur radio (N4PBY), cartography/mapping, and does extensive computer programming and Internet of Things (IoT) work.
Genealogy has been Ken’s fascination for nearly 20 years, starting with hours and hours spinning U.S. Census microfilm reels at National Archives regional centers.  Now, Ken specializes in Genetic Genealogy which includes administering some 25 DNA kits on Ancestry, Family Tree DNA, 23andMe, MyHeritage, DNAGEDCOM, and GEDMatch.
Ken’s known heritage is 25% Azores Portuguese (immigrated mid-late 1800s), ~35% Irish (immigrated mid-1800s), ~35% English/Welsh early colonial, and 5% “Other” (small amount of Native American plus traces of Flemish, French, and Dutch).  Ken has been working as of late to solve a difficult *misattributed parentage mystery to determine the identity of a maternal great-grandfather using primarily the building of Genetic Networks and chromosomal triangulation.
*Misattributed parentage: When a person believed to be a person’s parent, is not a biological parent, meaning someone else is the person’s biological mother or father.